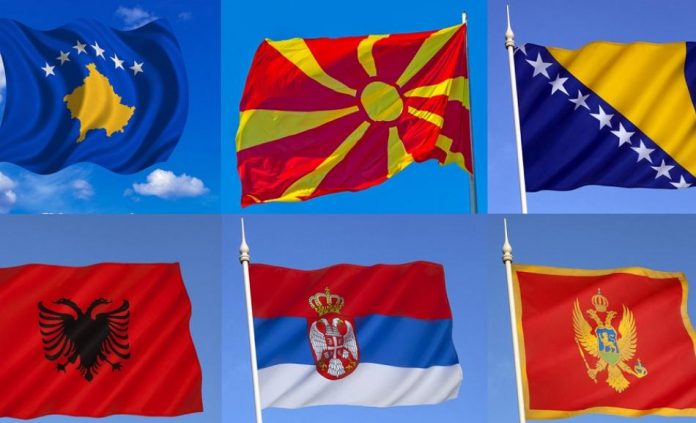 The November 3 Berlin Process Summit, held in the presence of six Western Balkan leaders and key EU luminaries in the context of the so-called “Berlin Process,” yielded a hefty one-billion-euro EU energy support package and a several less interesting but not insignificant regional agreements. Outside of Southeast Europe, the Berlin Process is a relatively little-known initiative of several EU Member States, started in 2014 under German leadership, designed to engage with the EU’s six Western Balkan partners and promote regional cooperation and the European perspective of the region.

The larger EU-Western Balkans Summit is scheduled to take place in Tirana, Albania on December 6 and Albania also has the honor of hosting the 2023 Berlin Process Summit.

As with most other EU-centered processes, the primary focus for the Berlin Process is on the preparation of annual summits, using them as action forcing events to generate new regional agreements and assistance projects. Some however, see the Berlin Process as a form of “half-way house” to keep the Western Balkan countries currently negotiating with Brussels for EU accession focused on cooperative regional projects compatible with EU membership while the accession talks drag on interminably. The project which generates the most suspicion is the so-called “Common Regional Market,” a regional initiative agreed upon by the Western Balkans leaders in Sofia in 2020 to begin bringing together the six regional economies waiting for EU accession. But how long will they wait?

Freer movement across the region

This month’s Berlin Summit yielded six-party agreements on the mutual recognition of identity cards, which will provide for free movement in the region with id cards only, as well as cross-border recognition of university degrees and professional qualifications. The countries signing up included Serbia, Bosnia-Herzegovina, Montenegro, North Macedonia, Albania and Kosovo. Adding to the complexity of the diplomatic efforts involved, some of these new agreements overlap with the existing “Open Balkans” agreements signed between Serbia, North Macedonia and Albania.

EU officials attending the Summit focused on resolving the Serbia-Kosovo conflict, which in recent weeks has generated rising tensions over the long-running Kosovo-Serbia license plate dispute now that Pristina has decided it will no longer recognize Serbian-issued plates on its territory, a major problem for Kosovo’s Serbs who insist on keeping older license plates issued by the former ruling Serbian authorities.

Discussions were reportedly held on the Summit’s sidelines regarding Serbia’s growing role as a transit point for increasing numbers of new refugees from the Middle East and elsewhere taking advantage of cheap flights to Belgrade.

In the near term, the Commission has offered to provide €500 million in budget support for the region, which will be adopted in December and available in January 2023. These funds will support households and small and medium sized enterprises to cushion against energy price increases and their impact.

Over the short- and medium term, the Commission will make available another €500 million to advance energy diversification, renewable energy generation and gas and electricity interconnections through the Western Balkans Investment Framework.

Co-founder and Executive Director for Global Economics and Southeast Europe at NE Global Media.  Former US diplomat with previous assignments in Eastern Europe, the UN, SE Asia, Greece, across the Balkans, as well as Washington DC.

The decision to dispatch some Leopard 2 tanks to Ukraine suggests Germany's Chancellor Olaf Scholz has finally decided which side he would like to win in Kyiv’s struggle against Putin’s barbarism.
Read more

Croatia advances to the EU mainstream

Croatia took a decisive step January 1 towards the mainstream of the European project by adopting the Euro as its currency while at the...
Read more

The Iranian dictatorship is able to use the services of agents disguised as “political advisors” to serve the interests of a foreign and hostile power that is out to undermine the very core of European democracy.
Read more

The end of Europe

The European Union is simply too big; it is composed of too many cultures and political perspectives; and, despite Brussels' claim that it values diversity over all other issues, this does not include a deviation from what it considers its own norms. As matters currently stand, the EU runs the risk of collapsing under its own weight.
Read more

Most observers of Balkan developments will agree that a Kosovo crisis of various flavors seems to emerge with some regularity around the holiday season...
Read more

The summit's generic one size fits all “membership perspective” statement was seen as good news by most after the topic of EU Enlargement had become a highly controversial subject.
Read more

The Netherlands announced on December 2 that it will accept Romania and Croatia's joining the EU’s special passport-free Schengen Zone but intended to block...
Read more

Brussels has, in the case of the migrant problem, proven that the EU's feckless bureaucrats are persuasive only when they carry a big stick against those that openly mock them.
Read more
Facebook
Linkedin
Twitter