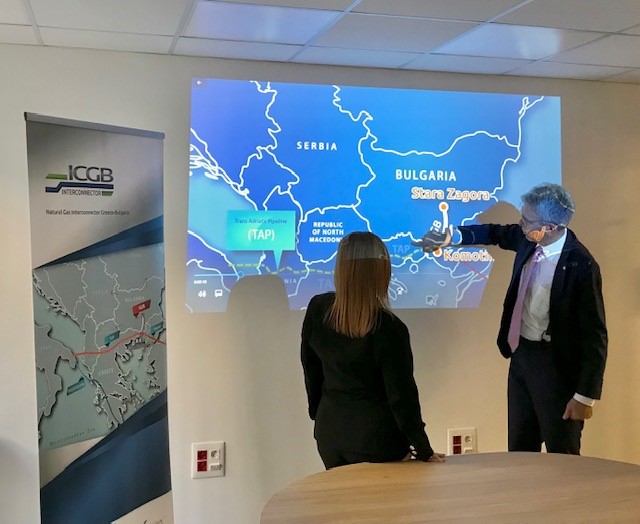 The United States discussed joint efforts on European energy security and advanced the clean energy transition in Turkey, Romania and Bulgaria during the visit of Geoffrey Pyatt, the Department of State’s Bureau of Energy Resources new Assistant Secretary, to Istanbul, Bucharest and Sofia on October 10-14.

Pyatt reiterated the US commitment to European energy security and pledged to work with US partners to improve the region’s energy interconnectedness and avoid dependence on a single country for trade and development. “Russia, I believe, has proven for all time that it will not be a reliable supplier of energy so long as it continues to weaponize its energy resources as an instrument of war,” Pyatt said.

In Istanbul, Pyatt met with Turkey’s Deputy Minister of Energy and Natural Resources of Alparslan Bayraktar, and they discussed Turkey’s role in supporting European energy security and being a clean energy leader in the region.

In Sofia, Pyatt labeled the recently activated Interconnector Greece-Bulgaria (IGB), a decade-old gas pipeline project he supported during his term as US Ambassador to Greece,  “a triumph of energy diversification”.

Following talks with IGB’s Teodora Georgieva and George Satlas and US Ambassador to Bulgaria Herro Mustafa, Pyatt said, “the IGB is key to energy security for the region at this critical moment”. Pyatt also met Bulgarian President Rumen Radev in Sofia. “Bulgaria is a key partner in ensuring European energy security,” Pyatt said.

Bulgaria is now moving towards its fifth parliamentary election in two years as a result of the failure of the latest group of elected...
Read more

What a difference one year makes

A Pan-American electricity grid from Patagonia to Alaska?

Challenges associated with different regulatory frameworks and the comprehensive international treaties that are required could scuttle the project before it gets off the ground.
Read more

In Davos, philanthropists back $3 tln initiative for climate & nature

The transition towards a carbon neutral economy has become a priority for many governments around the world. Using the UN's 17 Sustainable Development Goals...
Read more

UN experts said the ozone layer is on track to recover within four decades, with the global phaseout of ozone-depleting chemicals already benefitting efforts to mitigate climate change.
Read more

China’s demand for energy, the amount of Russian oil that will be cut from global supply will be key factors which will determine where the oil price trades in 2023.
Read more
Facebook
Linkedin
Twitter